GR Auto Gallery is pleased to present this 1928 Ford Roadster for your consideration. This Roaster comes in a beautiful Barbara Red exterior paint over a clean Black interior. Powering this Ford is a Chevrolet 350ci V8 paired with a 350 Turbo automatic transmission and a 9″ Ford rear end. This Roadster comes with excellent modifications such as; Tri-power intake manifold, custom spark plug loom, Block Hugger headers, Electric fan, custom interior, Stewart Warner gauges, and front disk brakes. Drive this one out of our showroom or have us assist with shipping it to you anywhere in the United States! Don’t hesitate to give us a call with any questions or for more information.

The Ford Model A (also colloquially called the A-Model Ford or the A, and A-bone among hot rodders and customizers) was the Ford Motor Company’s second market success, replacing the venerable Model T which had been produced for 18 years. It was first produced on October 20, 1927, but not introduced until December 2. This new Model A (a previous model had used the name in 1903–04) was designated a 1928 model and was available in four standard colors. The vehicle was also sold in Europe but was replaced by locally built cars such as the Ford Model Y. By February 4, 1929, one million Model As had been sold, and by July 24, two million. The range of body styles ran from the Tudor at US$500 (in grey, green, or black) ($7,891 in 2021 dollars to the town car with a dual cowl at US$1,200 ($18,937 in 2021 dollars). In March 1930, Model A sales hit three million, and there were nine body styles available. Model A production ended in March 1932, after 4,858,644 had been made in all body styles. Its successor was the Model B, which featured an updated inline four-cylinder engine, as well as the Model 18, which introduced Ford’s new flathead (side-valve) V8 engine. 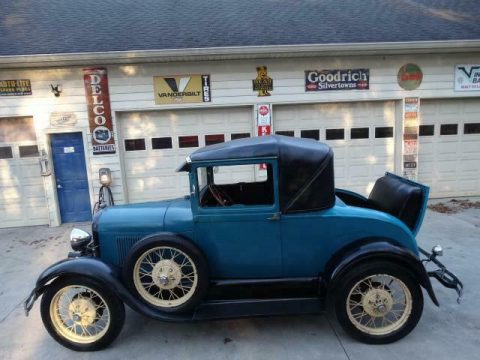 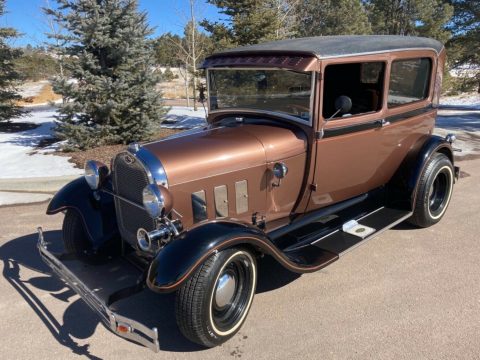 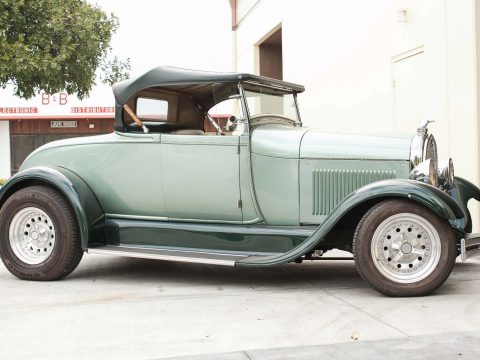 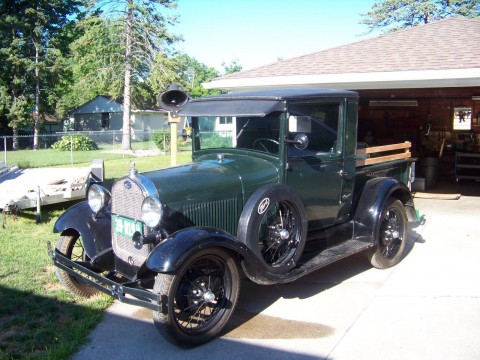 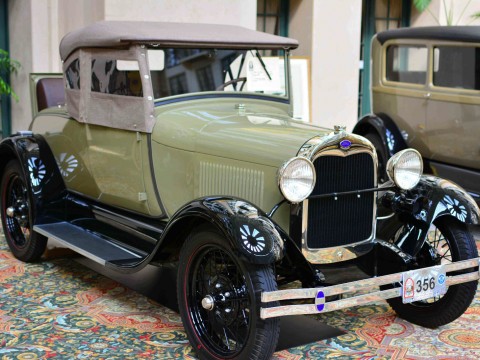